Negotiation Is a Two-Way Street 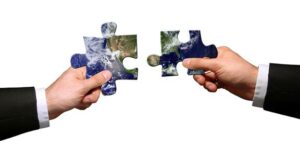 J. Paul Getty, the legendary American industrialist and Founder of Getty Oil, always remembered what his father said: “You must never try to make all the money that’s in a deal. Let the other fellow make some money too, because if you have a reputation for always making all the money, you won’t have many deals.”

This is invaluable advice for anyone entering into a business negotiation. There are two sides to every story. The  negotiation should leave both sides feeling like something has been accomplished and the ultimate solution is beneficial to both parties.

So how do you unlock your ability to get the best deal possible under any circumstance?

You should know what you really want. How far are you willing to go? You should know your value and be confident, assertive, factual and clear. You should also be open-minded. Listen to the other party so you can understand their position. Don’t get caught up in emotions. It takes determination, homework, discipline and some street smarts to negotiate successfully.

You should know as much as possible about the party you are negotiating with. Know their strengths and weaknesses. If the other party senses you are weak on details, they will try to get the upper hand – that’s only human nature. Psychology plays an important part in your ability to make the most of the other party’s lack of preparation and anticipate their move.  Watch for clues such as body language, speech patterns and reactions to what you say – they will help you read between the lines and gauge how far the other party is willing to do.

Have a price target or goal in mind before starting to negotiate. This should be based on realistic expectations. If you want to stand your ground on your price, then you must justify it by providing factual information that you have researched before setting  the price. During the course of the negotiation, the goal may change based on changes in scope and other unforeseen actions by either party While your ultimate goal should be realistic, this should not constrain your first offer or counter offer. And do make sure that the other party is fully empowered to make binding commitments. There is no point agreeing to a deal only to be told that it has to be approved by a higher authority.

It’s important to have a strategy in mind. You’ll never get what you don’t ask for, so make your first offer bold and aggressive. Your asking price should typically include a pad or margin. Go lower than the seller expects. As a buyer, do not disclose your budget or other limitation. Always have something to give away without hurting your negotiating position.  Go for a win-win solution. Throughout the negotiation, try to determine what you believe to be an acceptable outcome for the other party. It may be a combination of different things that aren’t necessarily tied solely to price – for example, the delivery date may be a key consideration while swinging the deal.

Always have the endgame in mind and be prepared at some point to split the remaining difference. When you are close to making the last leap and clinching the deal, give in and set the stage for the final handshake.